An Interview with Aurel Scheibler

Miriam Minak: Can you tell us a little about the history of your gallery?

Aurel Scheibler: The gallery opened in April 1991 in Cologne, and moved to Berlin in 2006. We first opened our premises in Charlottenburg, Lietzensee, and then moved to Checkpoint Charlie for some time. Today, our gallery is located on Schöneberger Ufer, in a house which was built in 1912 for the Association of Berlin Female Artists, and has previously been home to the galleries Ferdinand Möller and Nierendorf.

MM: What type of art does your gallery focus on?

AS: Marked by my longtime stay in New York during the 1980s, we place an emphasis on American artists of various generations. Even in the 1980s, I had a strong interest in works on paper. Works by then-unknown artists Jack Pierson (American, b.1960) and Joe Zucker (American, b.1941) were shown with work by Öyvind Fahlström (Swedish, 1928–1976), as well as work by Young British Artists, including Gavin Turk (British, b.1967) and Rachel Whiteread (British, b.1963), who, at that time, had just emerged onto the art scene. From the beginning, my gallery has had an extremely international profile. Bridget Riley (British, b.1931), for example, is from an older generation that is often overlooked in Germany today, but we have supported the development of her work for many years. The same is true of Alice Neel (American, 1900–1984), whose work has been a permanent part of our program since 2007. Today, her work, which renounces the canon of American Post-War art, is slowly gaining recognition throughout Europe. Through my work on the catalogue raisonné of Ernst Wilhelm Nay (German, 1902–1968), and my cooperation with Nay, and with artists like Norbert Kricke and Erich Reusch, who are both becoming more and more important, I have been able to show coinciding but very different developments of art in Germany.

MM: How many artists do you represent? Can you tell us about one or two of them?

AS: Overall, we work with five estates and about 15 artists. There is Wolfgang Betke (German, b.1958), an artist who explores themes of modernity in his brilliant paintings; in addition, we represent Stefan Löffelhardt (German, b.1959), a remarkable talent who works in a range of media, including installations, photographs, and drawings; we also work with Berlin-based artist Michael Wutz (German, b.1979), one of the best printmakers and draftsmen I know; and we represent British artists Tom Chamberlain (b.1973) and Neil Gall (b.1967), as well as American artist David Schutter (American, b.1974), each of whom represent different but equally important positions. 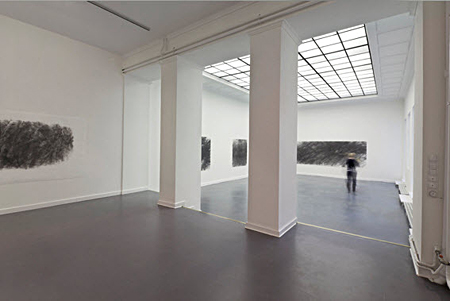 MM: How do you select the artists you represent?

AS: The process has a lot to do with intuition and knowledge. I don’t have a list of criteria when selecting new artists for the gallery. I observe the work of potential artists and I notice when it evokes something in me. In addition, the art that I represent and that I’m interested in always involves the expression of independence, sophistication, and great awareness. This is why I consider the artist’s approach to be as important as his actual work. You are never only dealing with a work on paper or sculpture; you are dealing with the artist.

MM: How did you select a location for your gallery?

AS: ‘Select’ might be too simple a word for it. Even in Berlin, you do not always have an unlimited number of choices when looking for a location. That being said, our current location meets many of my criteria. The neighborhood is quite exciting and culturally stimulating. At the beginning of the 20th century, the area next to the zoological gardens was one of the world’s most important epicenters for art and the art market. In recognition of this, we recently held an exhibition of Ernst Ludwig Kirchner (German, 1880–1938), exclusively devoted to his prints of Berlin street life.

AS: We are currently featuring a solo exhibition, Landscape, which runs through mid-February, with works by the great draftsman Jonathan Bragdon. Later in the year, we are hosting an exhibition featuring the exceptional Austrian artist Curt Stenvert (1920–1992), one of the leading figures of the Austrian Post-War avant-garde who participated in many major international exhibitions throughout his life. During the 2014 Berlin Gallery Weekend, we are going to present works by Philip Guston (American, 1913–1980), whose first solo exhibition in Germany was hosted by our gallery in 2007. 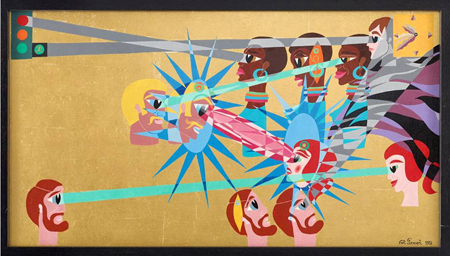 MM: What was your biggest sale or exhibition in the past year?

AS: 2013 could be described as the year of Kricke. At our FORM FARBE RAUM(FORM COLOR SPACE) exhibition, we juxtaposed the work of Nay, Hans Uhlmann, Willi Baumeister, and Kricke, and this is how Kricke became part of our program. Over the summer summer, we exhibited his 10-meter-high sculpture Raumplastik Big Große (1980) at Art Basel Unlimited, and the response was tremendous. 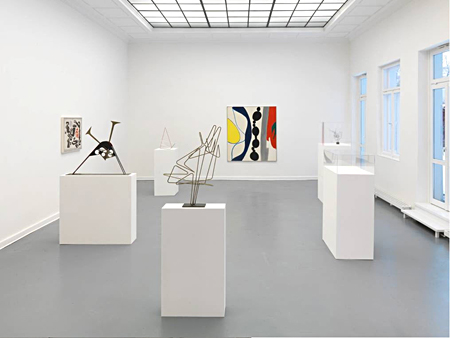 MM: What is your next important show? Tell us why we should come.

AS: Philip Guston’s solo exhibition, which is set to open during the 2014 Berlin Gallery Weekend, is, without a doubt, going to be a highlight. This unique painter, whose work and life were equally full of passion and struggle, is still relatively unknown in Germany, as well as in the rest of Europe, which is why I’m so pleased to be showing an important part of Guston’s late work.

MM: Has the Internet dramatically changed the dynamic of your business?

AS: Yes, of course. With some collectors and curators our communication is exclusively conducted via Internet. The web offers many opportunities for expanding the clientele, and for networking. Nevertheless, I still consider conventional gallery work to be important as well. This includes greeting visitors, guiding them, and granting them access to the artists whose works I represent. One of the most important responsibilities of a gallery owner is to take care of its artists.

AS: We use artnet regularly as a platform to present works and sales, as well as an information tool to conduct research using the Price Database. We also update our exhibitions and artworks once a month. In terms of galleries, artnet has become an institution that is here to stay.

MM: What advice can you give to a first-time collector?

AS: Today, a collector’s life is hard and easy at the very same time. The range of available work has expanded within the last few decades. In addition, the art world itself has expanded enormously. In this sense, it has become increasingly important to rely on your own intuition, and to take your time when selecting art to add to a collection. Galleries can and should play a role. Collecting art comes with its own set of responsibilities, and shouldn’t be taken lightly.